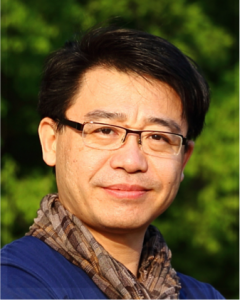 Radio frequency identification (RFID) technology are being rapidly developed in recent years and the applications have been widely found in Internet of Things (IoT) such as service industries, distribution logistics, manufacturing companies, and product-flow systems. Antenna design for readers and tags is one of the key factors in RFID systems. The optimized tag and reader antenna design will greatly benefit to RFID systems with longer reading range, better detection accuracy, lower fabrication cost, and simple system configuration and implementation. This talk will start with a brief introduction to RFID systems which may be active, passive, or semi-active systems, and operate at LF, HF, UHF, or MW bands. Then the key considerations related to the antenna design for tags and readers will be addressed from system perspectives. After that, the advancement of RFID antenna designs by the team from Institute for Infocomm Research/Singapore National University of Singapore will highlight specific challenges for antennas in the HF near-field and UHF near/far-field systems. In particular, important engineering factors such as environmental effects vs. co-design methodology, size constraints, cost constraints, and UHF near-field reader antenna coverage will be presented with corresponding practical design cases.

The near-field wireless systems such as radio frequency identification (RFID), wireless power charging (WPC) and near-field communication (NFC) have been being recently developing with great industry interests. Antenna for such systems has become one of the key design challenges. The powerful antenna design will definitely benefit to the near-field wireless systems with higher efficiency, longer reading range, lower fabrication cost, and simple system configuration and implementation. However, the physical principle has inherently limited the performance of such conventional antenna designs. This talk will start with a brief introduction to near-field wireless systems at ultra-high frequency (UHF) bands. Then, the key considerations related to the antenna design for an electrically larger loop antennas will be addressed from a systems point of view. Then, the design and characterization of metamaterial-based loop antennas will be introduced, which have been developed by the team from Institute for Infocomm Research/Singapore National University of Singapore. Several design cases for practical industry applications will be studied.

Professor Zhi Ning Chen received his BEng, MEng, and PhD degrees all in Electrical Engineering from the Institute of Communications Engineering (ICE), China and his second PhD degree from University of Tsukuba, Japan, respectively.

During 1988-1995, he worked at ICE as a Lecturer and later an Associate Professor, as well as Associate Professor at Southeast University, China as a Postdoctoral Fellow and later as an Associate Professor. Professor Chen joined the City University of Hong Kong as a Research Assistant and later a Research Fellow in 1995-1997. In 1997, he conducted his research at the University of Tsukuba, Japan supported by the Japan Society for the Promotion of Science (JSPS) Fellowship. In 2001 and 2004, he visited the University of Tsukuba under a JSPS Fellowship Program (senior level). In 2004, he worked at IBM T. J. Watson Research Center, USA as an Academic Visitor. During 1999-2012, he worked with the Institute for Infocomm Research (I2R) (formerly known as Centre for Wireless Communications and Institute for Communications Research) as Member of Technical Staff (MTS), Senior MTS, Principal MTS, Senior Scientist, Lead Scientist, and Principal Scientist as well as Head for RF & Optical Department. In 2012, he joined the Department of Electrical and Computer Engineering, National University of Singapore as a Professor and is concurrently holding a joint appointment in I2R as Advisor as well as Visiting/Adjunct/Guest Professor positions at Southeast University, Nanjing University, Shanghai Jiaotong University, Tsinghua University, Tongji University, University of Science and Technology, China, Dalian Maritime University, Chiba University, and City University of Hong Kong. He visited the “Laboratoire des Signaux et Systèmes”, UMR8506 CNRS-SUPELEC-Univ. Paris Sud, in Gif-sur-Yvette as a senior DIGITEO Guest Scientist in 2013 and Tohoku University as a Visiting Professor in 2015.

Professor Chen is a Fellow of the IEEE for the contribution to Small and Broadband Antennas for Wireless Applications. He is serving IEEE Council on RFID as a Vice President, IEEE Trans Antennas and Propagation as an Associate Editor and served IEEE Antennas and Propagation Society (AP-S) as a Distinguished Lecturer during 2009-2011 (still serving as a past DL) and several sub-Committees. (www.ece.nus.edu.sg/staff/bio/czn.html)